Mobile ODT  created the Enhanced Visual Assessment (EVA) System, an integrated cervical cancer screening and patient tracking system that enables ongoing engagement with patients through a smartphone platform. In this pilot, Apollo Hospitals integrated the EVA system for digital cervicography into their primary screening for cervical cancer to reduce “loss to follow-up” and to provide point-of-care diagnosis.

The primary objective of the pilot was to evaluate the effectiveness of the EVA System, in comparison to existing cervical cancer screening techniques at various Apollo Hospital centers, and to ensure it meets quality standards. A secondary goal was to conduct quality assurance through image review of all screeners by an expert colposcopist in the secure, online portal to better understand the skill level and uniformity of protocol followed by providers.

The pilot was conducted in seven centers, spanning four states in India, to reach both rural and urban populations across all income levels. Locations in which pilots were conducted include: 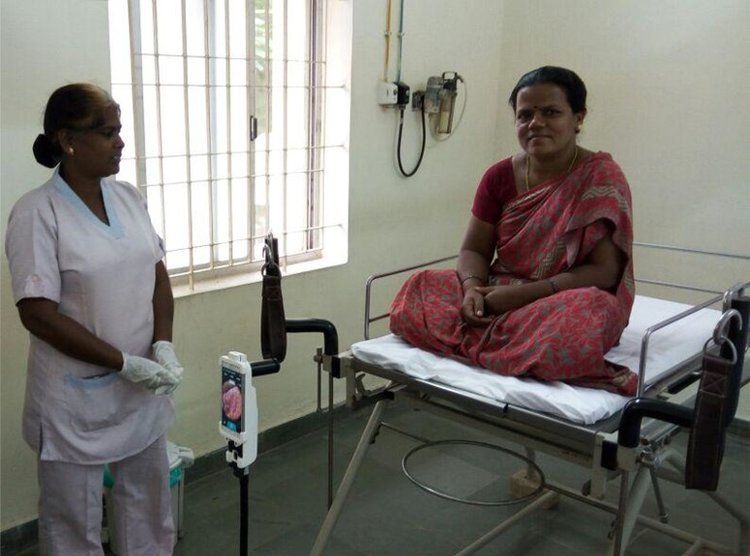 The pilot was conducted in seven centers, spanning four states in India, to reach both rural and urban populations across all income levels. 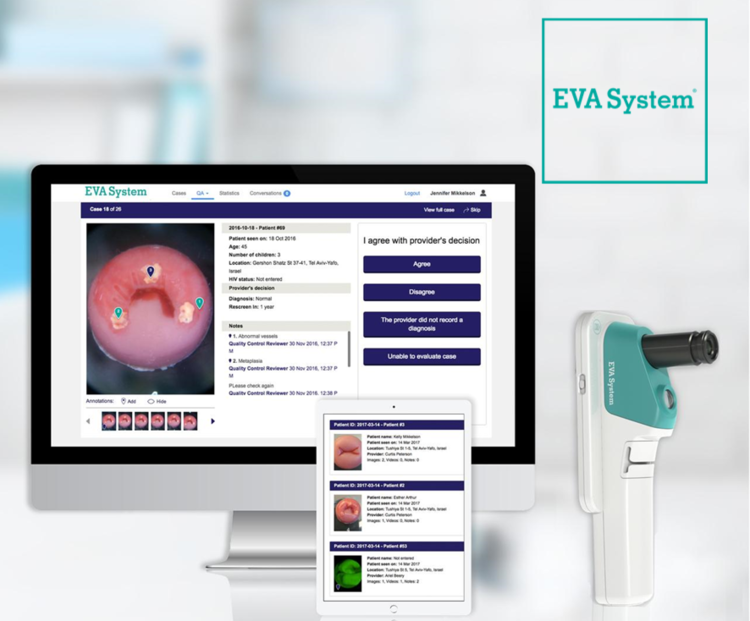 "In India, we have used this device both in the main hospital, and for community screenings, where we can simply carry it and conduct examinations. In cases where lesions where detected, we were able to show the patient what we were talking about like ectropion, cervicitis, and so on and was easy to convince them to go for treatment wherever indicated."

MobileODT, developer of the Enhanced Visual Assessment (EVA) System, will partner with Genworks and Apollo Hospitals to deliver its FDA-cleared smart mobile colposcope in India to perform the first large-scale pilot of Augmented Intelligence (AI) for use in cervical cancer screening. This will give healthcare professionals cutting edge, yet low-cost mobile technology to reach millions of women across India who previously had limited access to life saving cervical exams.